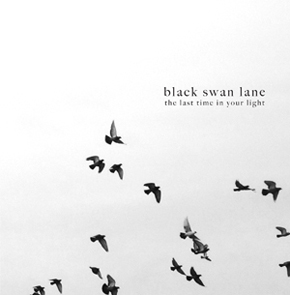 I remember the first CD I ever bought; it was The Cure – The Head On The Door. My first concert was REM at The Fabulous Fox Theater in Atlanta on their Document tour. My first job I loved was at the Record Bar during high school. My first DJ gig was at Sol in Atlanta. Each of these musical firsts has a special place in my memory. Indeed, music has run through my veins since I was young listening to Siouxsie & The Banshees on my Walkman on the bus during the wild ride to school.

Now I have another first to add to the list. For the first time, I was fortunate enough to play a small role in the production of an album, Black Swan Lane’s 2013 album, The Last Time In Your Light.

I’ve been following the band since its inception in 2006 and been privy to the behind-the-music story of lead performer and songwriter, Jack Sobel for the past 12 years. We’ve become good friends and shared a lot of thoughts on life, civility, spirituality and the human condition over the years.

Jack has often shared new songs with me in their very early stages and taken input when it came time to decide what made it onto the albums, but last December, he invited me to come to the studio during mixing of the album and I got to chance to provide input during the actual mixing process. I even had a chance to sing a backing vocal on Stranger during that session, which was definitely an exciting but nervous first.

The Last Time In Your Light, more than any of its predecessors, hits on some soul chords for me that haven’t been struck in a long time. From the very first note, it builds into a powerful collection of what I can best describe as a journey through the heart of an inspired but tortured musician.

Leading off with Relax and Breathe, a powerful and gritty rock anthem, the album grabs the listener’s attention and demands a full and complete uninterrupted listen. The story unfolds as Stranger describes the feeling of slipping from the known world into a paradigm of uncertainty and curious wonder – of opportunities missed and those perhaps yet to come. As the album progresses with song after song of brilliantly layered guitar tracks underneath powerful vocals and the occasional harmony, the theme of spiritual questioning grows stronger, as does the urgency of living life to its fullest with the precious time we have here on Earth.

Lord Show Me Why, Leave, and This Precious Life round out the journey in an inward facing emotional crescendo that poses more questions on the meaning of life and what’s beyond. Leave, in particular, grabbed me during the mix session in December and has been the ‘dark horse’ favorite of mine ever since.

Looking back on experiences with music over my lifetime, I remember the anticipation and excitement for the arrival of a new album from a favorite band; the process of unwrapping it and settling into a favorite spot in my room for the first listen. The process of discovering and purchasing albums from a music store, or going in on Tuesdays to get the new releases on the day they came out are relics of a bygone era, but there are still bands like Black Swan Lane out there that are delivering superior quality albums with the thought and positive intention that was the hallmark of making music for so many years.

If you’re someone who appreciates this art form and the process of unwrapping a CD, popping it in the stereo and listening to a complete story as only music can tell, I encourage you to purchase this album. It’s available on CD on blackswanlane.com, and you get some extra goodies from Jack by ordering this way. Or you can preview and download from iTunes if you prefer.

If you like what you hear, please spread the word and reward this band for its dedication to producing quality music in an era of manufactured and highly-produced one-hit-wonders. Perhaps as the album suggests, this will in fact be ‘The Last Time’ for Black Swan Lane, although I have my doubts. Personally, I think they are just getting started.