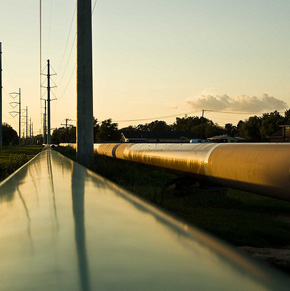 Today, a project that I’ve been working on diligently for the past month is coming to life in a big way.  It started when 7 year old Devon Haas, founder and leader of the ‘Kids Army‘ tweeted me after the Yellowstone River tar sands oil spill in early July asking ‘what can we do about this?’

I just smiled – knowing what was coming down the line. The Keystone XL tar sands oil pipeline permit is scheduled to either be issued or denied this Fall, and we have a chance to send the message that we don’t need or want this dirty, toxic oil flowing through the US heartland.

Devon was fired up and eager to help, so I sent her articles, videos, and other resources to get her up to speed for what was to come.  The following week, I presented the idea of petitioning to stop Keystone XL to Kim at the Ian Somerhalder Foundation as a potential initiative for the foundation to champion. The response was swift and inspiring – they wanted to go for it! Not only that, but she asked for my help in putting it together. And to that, there was a resounding Hell Yeah! (hat tip to Derek Sivers). Check it out on the IS Foundation site.

When I saw the opportunity to serve, it was game on in a way that I haven’t felt in quite a while. All of the sudden, a chance to truly make a difference on an issue that is very dear to my heart had sprung forth.

A little background: over the past 5 years, I’ve been on a personal quest to reduce my impact on the planet and to be mindful of my decisions as I go through life.  A big part of that has been reducing the consumption of petroleum-related products, and of course the burning of fossil fuels for transportation.

Last year at Vista Caballo, I had an awareness that jolted me into action and led me to really stretch what I thought I was capable of. I wrote about it here. I believe I’m here to help spread awareness of the perils of fossil fuel dependence, and of the role that we each play in the system that leads to unintended consequences such as oil spills, pipeline leaks, rig explosions, etc. both in the US and beyond.

The IS Foundation initiative is an opportunity to spread this message further than I could have imagined last Summer when I first considered going down to the Gulf coast during the height of the BP oil spill.

It’s an honor to be involved with something that has the potential to have a profound impact on our national energy policy at this critical point in time. I won’t get into all the specifics of the Keystone XL pipeline here, but I encourage you to read more about it and sign the Change.org petition.

If you believe that we must turn the corner on fossil fuel dependence and get serious about clean, sustainable energy, please add your name to the petition. There is also a video campaign directed at kids and youth, so please pass the word!

I’m eternally grateful for the opportunity to work with some of the most dedicated individuals I’ve ever met in my life, and to Ian Somerhalder for pulling together such an amazing team that’s facilitating big changes on the planet. I look forward to the positive outcome of stopping this pipeline from being constructed this Fall.

Can I count on you to sign the petition and share this with your friends?  Together, we can make a big difference, and for that I want to say thank you in advance.