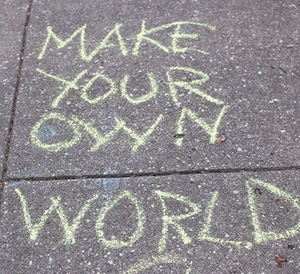 2012 is well underway and I wanted to look back with a more thoughtful reflection on 2011, including all the joys and sorrows.

I wrote this (fairly long) post and included some bullet points at the end with key points, but I decided I would share those upfront in case you, dear reader, are in a hurry and just want the cliff notes.  In the event you are intrigued and want to know more, there’s plenty more below.

And by all means, I would like to hear from you on what went well in 2011 and what you are looking to improve in 2012.

Areas that need improvement in 2012:

A few stats on the blog:

That’s the bullet point version. If you’ve made it through this and are at all curious about learning more, please do keep reading. I rang in 2011 in northern Vermont, while on one of the best road trips of my life. My cousin Whitney and I drove up to experience winter in this beautiful state and spent several days with a friend and native of the area that took us on some incredible adventures that I’ll never forget. I learned about making maple syrup, snow shoeing, and a lot about beavers that I didn’t know before. A return trip to Vermont is definitely in order.

Not long after returning to Atlanta, a freak ice storm hit the region and shut things down for days on end. On day 3, I’d had enough, and my friend Judi was kind enough to let me use her beach house on the Gulf of Mexico for a few days. Although it was almost as cold on the beach (24 degrees Fahrenheit the first morning), there was no ice. I took the opportunity to check back in on a couple of families I had interviewed in summer 2010 for Spirit of the Gulf Coast.

With ongoing interest in the stories emerging along the coast, I attended the Oil Spill Symposium at UGA in late January, where I heard fascinating testimony from scientists, media, the US Coast Guard, NOAA, BP, and representatives from local Gulf communities. I had the opportunity to meet the legendary oceanographer Sylvia Earle, and develop a connection with Dr. Samantha Joye that would continue to deepen throughout the year. It was during my experience at the symposium that my interest in using film to impact change intensified, and I resolved to take what I learned there and share it with the world. I spent days and nights editing the footage that I captured with my cheap Handycam I had bought in 2005. The experience of editing and sharing this content allowed me to immerse myself in the testimony from the day, and I can honestly say that I have a firm grasp on the perspectives from the various parties that were there.

I began to put together some plans to share what I had learned over the course of several months with a broader audience. The idea of sharing this information with schools and community groups bubbled up early on. Aside from giving a couple of talks at schools and producing the Spirit of the Gulf Coast exhibition at Georgia Tech, I’d never done anything like this before. Still, I felt that something was calling me to connect with a younger audience.

I had 2 big breakthroughs in March that would alter the course of my work and set me on a trajectory of fast growth and learning. The first was when my friend Beth introduced me to a kindred spirit and fellow documentarian/author/photographer Simone Lipscomb. Simone had spent the past year documenting the oil spill’s impacts on her home near Mobile Bay in lower Alabama. Our views on the world are very similar and our commitment to helping raise awareness of our inextricable connection to the environment provided the basis for a very special bonding experience along the coast in April for the 1 year anniversary of the Deepwater Horizon accident.

The second big breakthrough was connecting with the Ian Somerhalder Foundation (ISF). The minute I met Kim Klingler, the ISF Executive Director, I knew it was the beginning of an awesome partnership. It was indeed, and the support ISF has given the work I’m doing could not be more appreciated. ISF has provided tremendous encouragement and promotional support to what has now become the Kids of the Gulf documentary film I’m working on. More on that in a minute. Visiting the Gulf coast in April for the 1-year anniversary of the BP accident was another big turning point for me. Simone and I roamed the bayous of Alabama for several days before I departed for New Orleans and Grand Isle. I shot several interviews with locals whose stories were eerily similar. A theme began to emerge – there are ongoing social and economic impacts along the coast and this is affecting the kids in the area in particular. I came back from that experience more determined than ever to find a way to share this information with the world.

Through the month of May, I ramped up my efforts to sell my loft and had several showings, but no offers. I also ramped up business development and brought in a few new clients. There were a plethora of opportunities to connect with like-minded people around the city and I attended several screenings, networking events, etc.  May was a big relationship-building month.

June. Wow.  The World Domination Summit kicked things off and there was no slowing down afterward.  I had a chance to jump out of an airplane again along with 40 other people, which was pretty amazing, I must say. I’ve written at length about that whole experience, so I won’t go in to details here. But I will say that WDS was the basis for some incredible friendships and connections that have inspired me beyond description ever since.

I met Leigh and Adam in June at the premiere of The Know Better Effect here in Atlanta, and they would go on to become my partners in Kids of the Gulf later in the Summer. June was also when Devon reached out to me to ask how she could help with the oil spill in the Fall. The gears were turning, and turning fast. July started off with the oil spill in the Yellowstone River in Montana and a tweet from Devon asking me what we could do about it. That tweet would lead to a huge effort with the ISF team to help defeat the Keystone XL pipeline. I spent a lot of time strategizing with ISF on a global youth video campaign and a Change.org petition. In early August, I started working with the Tar Sands Action/350.org team to help defeat this environmental nightmare.

Labor Day weekend, I was arrested outside the White House while peacefully demonstrating to raise awareness of Keystone XL and encourage President Obama to deny the permit. That day, I upped the ante big time, and there was suddenly a new dynamic to my writing, my social sharing, and the influence I had within my social networks. Thanks to Devon and Ian tweeting about the demonstration and arrests, people from all around the world were exposed to the Keystone XL issue. It was a day I’m very proud of, indeed. Work on Kids of the Gulf ramped up in the Fall and we held our first fundraising campaign starting in late September. We raised over $11k in a month and had our crew at the first ever benefit event for ISF here in Atlanta, where we filmed Devon, Devin, Ian, and Kim for the film.

October was a whirlwind to say the least. I co-presented a workshop at the Carter Center called Online Story Telling For Change, which I thoroughly enjoyed. Halfway through the month, and halfway through our fundraising push for Kids of the Gulf, my friend and former business partner was killed in a motorcycle racing accident. Everything stopped that day. In the days that followed his death, I found myself doing everything I could to help his fiancé, friends, family, etc. through an excruciatingly difficult process. I led his memorial service at the Carter Center Day Chapel, which was one of the toughest things I’ve ever had to do, but it felt like something I was called to do.

Not long after that, I was called to serve on a trial jury in a civil case, which I nearly had a meltdown over while pacing frantically on a sidewalk in Downtown Atlanta. Despite me thinking it was the worst-timed catastrophe of 2011, the experience would go on to be one of the key opportunities for reflection and growth last year. In early November, I drove to DC with 3 strangers for the Tar Sands Action demonstration, where we joined 12,000 other people to encircle the White House with a human chain to show our support for a strong NO on Keystone XL. Devon joined again and captured a lot of attention with her ‘Got Oil’ sign. We met Mark Ruffalo and Betta Broad with Water Defense that day, which started a wonderful friendship and alignment between their work and our work on Kids of the Gulf.

Later in the month, our production team conducted some outstanding interviews with subject matter experts for the film and continued to conduct outreach with potential partners, sponsors, etc. There was a lot of activity happening behind the scenes with KOTG, and we started a second fundraiser on IndieGoGo when we published our highlights reel from the ISF benefit event.

December was a month of relationship building (in more ways than one), and an expansion of my environmental activism, including becoming active in the Citizens Climate Lobby here in Atlanta. I was featured on Greg Berg’s Radio Enso show, found out I’m going to be an Uncle in the Spring, and met someone special that makes me smile each and every day. It was a great month by any measure.

On the business side of things, I did an exercise mid-December where I made lists of people who believed in me, people that believed in the work I do, people who have helped me in business in the past, and people whose work I admire. I started reaching out to many of these people in an attempt to connect and share what I was up to and asking for ways we could help each other out. 2011 was definitely a year of volunteering and sacrificing for me, and by the end of the year, I was really feeling the pinch financially.

The year wrapped up for me spending time with close friends here in Atlanta and looking ahead to a positive, productive, and energizing 2012. 2011 was a banner year and the stage is set for amazing things to happen in the weeks and months ahead. Overall, I’m very pleased with what I’ve achieved, but also know I have a lot of growing to do in 2012.

If you’ve somehow made it this far, I’m curious to hear how your year went.