Global Support for Kids of the Gulf 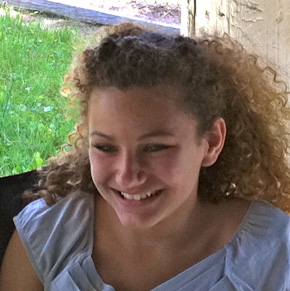 It has been a little over a week since we launched the fundraising campaign for Kids of the Gulf, and the response from people all over the world has been nothing short of incredible. People on 6 continents are supporting the film in a way that I couldn’t have imagined when we first announced the campaign.

92 people have donated so far, and we’ve had over 33,000 visitors to the fundraising page on IndieGoGo. Today, I wanted to say thank you to everyone that is coming together to make Kids of the Gulf possible. We have an incredible team of people that are rallying around the fundraising campaign and the excitement and enthusiasm that everyone is bringing to the table is truly inspiring.

I also wanted to share a little bit more about why this work is important and why we are making this film in the first place. Check out the short video edit I put together that shows some of the interview clips from my visit to the Gulf coast in April of this year along with some commentary from me, Devon and Devin about why we are doing this. If you can’t see the video below, click here. These stories echo in my head all the time, and when opportunities come along to do something meaningful along the coast, I feel compelled to act. When Devon and Devin approached me about going down to the coast this November, it was like a wave of positive energy came over me, and I knew instantly how we could make an impact by going down to the coast and sharing the stories of the people with kids and families across the globe.

The excitement I felt in those first moments of developing this project has been validated by the ongoing support of kids from all around the world that are sending messages all day, every day showing appreciation for this work.

Last week, we started an ad hoc campaign to get the attention of The Ellen Show, and I sent out a tweet from @KidsOfTheGulf asking people to retweet to @TheEllenShow along with the country they live in. Here is a list of countries that responded within an hour:

Let that one sink in for a minute.

Just a few days into our outreach, and we have that kind of global support. Incredible!

We have a unique opportunity here to not only show the people of the Gulf coast region that there are others outside the region that still care about them, but also to inspire kids from all over the world to stand up and speak out about issues like this in their own communities.

This work is humbling, yet incredibly energizing. I’m especially grateful for the opportunity to help facilitate it.

What about you? What does this story inspire you to act on? Are you able to support our cause with a small donation today?