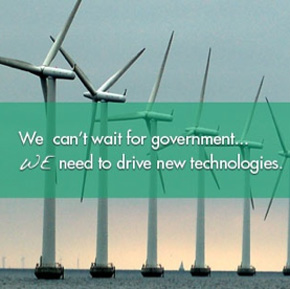 Last Fall, my friend Brian sent me an email telling me that I should connect with Ian Somerhalder because we have similar views and are working on some of the same issues. He mentioned that Ian was starting a foundation in December that was going to be prioritizing environmental initiatives and was looking for people to get involved.

I remembered Ian from Lost, but didn’t know anything about his views or what he was ready to light himself on fire over. Right around that time, I ran across his article in the Huffington Post about the oil spill’s impact on his home state of Louisiana. At that point, the synchronicity began. When the Ian Somerhalder Foundation officially launched on December 8, a birthday that my sister shares with Ian, I signed up to support. Not long after that, they issued a call for volunteers, which I happily answered. I met with Kim (the Executive Director of ISF) in March, and it was like fireworks from the beginning! She’s seriously one of the coolest women I’ve ever met in my life, and she keeps ISF running with incredible dedication and care for everyone involved.

That day, as inspiring ideas bounced back and forth between us, she told me the story of Devon, the 7-year-old girl that was desperately seeking an organization that would let her volunteer, but kept being told that she was too young. Kim realized this little girl had something special to offer and welcomed her involvement with ISF.

Devon donated her tooth fairy money to the foundation and has become a major force to be reckoned with as the head of the self-organized Kids Army. Now, kids around the world are organizing their own Kids Army divisions to help carry out the mission of ISF. Because of the work of a 7 year old. Seriously. Just a few short months later, we are now all working together on multiple initiatives that are having a major ripple effect out in the world.

I’ve met some extraordinary people through ISF – Heidi, Stephanie, Stephanie (yes there are two), Jules, Kate, Paula, Jennifer – all of them are awesome, dedicated people.

And then there is the Kids Army. Devon, Devin, and all the incredible Kids Army leaders around the world that are so supportive of each other and the work that we are all doing together. It’s truly like a big extended family, and I’m delighted to play a part in its growth.

After some unexpected delays earlier in the month, an announcement on the documentary initiative I eluded to previously is imminent. But for now, I wanted to express eternal gratitude for everyone that has come together to take this message of hope and togetherness out into the world. To all of the ISF and Kids Army supporters on Twitter that have been so kind and encouraging lately, I can’t say thank you enough.

And special thanks to Kim and Ian. Kim saw something in me that day in March and provided me with a conduit to channel some of my creative energy toward efforts that make a real difference on the planet. Ian continues to inspire me to reach out and work with others around the world to bring about positive changes here and now. Their tireless dedication to this work gives me renewed vigor and energy to push forward and speak out on the things that matter to me.

Endless thanks to Devon’s mom Lainie for being so supportive of the work we are all doing, and for allowing Devon to channel the incredible passion she has for helping the planet into something that has a massive impact on the world. Devon’s dedication to this work continues to have a huge impact on my life, and it inspires me to be a better man every day.

Finally, I owe a big thank you to Brian for his thoughtfulness and for taking the time to let me know what he was seeing on the horizon with Ian’s work. Great work, B!

If you’re reading this and have been looking for something to make your life feel more complete, I encourage you to reach out to ISF or any other organization of your choice and get involved. Make a difference by participating. The world needs us all to stand up and do something that matters.

What about you? How are you connecting with work that matters?

Lighting Myself on Fire