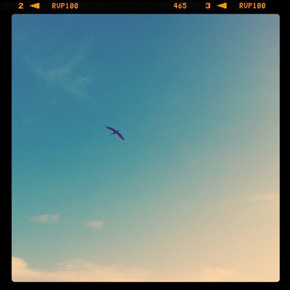 It’s been a rough week. My friend’s passing was much more difficult than anything I was expecting. Not that this kind of thing is ever expected.

I eluded to the last conversation I had with him in my previous entry, but didn’t say what we talked about. The bottom line of the conversation was that his faith in humanity had been diminished over the years. At the same time, mine had been on the rise.

It was one of those conversations where I felt we were talking in circles, and I decided I wasn’t going to convince him right then and there. I wanted to show him, but either I didn’t have the time before he died, or maybe I did and just didn’t realize it. Bryan didn’t see what I was seeing.  He wasn’t experiencing the wave of energy of people across the globe that are standing up for what they believe in and making big changes in the world like I was. His days were not filled soaking up inspiring tweets and comments on blog posts or Google+ uploads.

You see, I believe we choose what we absorb each day. If we want to focus on the good things happening in the world, we can. But, we can just as easily let the incessant stream of negativity, gloom and doom permeate our experience to the point that we become conditioned to expect it.

We get to choose.

Earlier this evening I went to the market down the street to pick up a bite to eat before settling in to watch Pay It Forward in an attempt to relax and recharge. On the way out, I ran into a new neighbor in the hallway and she asked me about the t-shirt I was wearing.  One the front it says:

She asked me if I think it works, and I told her that I know it works.

I came home and watched Pay It Forward and I got a little teary as I often do when I watch it. The message of the film is so inspiring that it’s hard to watch and not feel like there is inherent potential for goodness within each of us. If you’ve never seen it, it’s a good film for lifting your spirits and vision for humanity overall.

And in another fascinating twist of synchrodestiny, the ending of the film features the song Calling All Angels performed by Jane Siberry and K.D. Lang, who I wrote about last week. In fact, that post talks about Steve Jobs’ death and his commencement speech at Stanford in 2005. I quoted that speech in Bryan’s eulogy which I delivered yesterday, and I remarked that Bryan’s last Facebook post was regarding the death of Jobs.

I want to express gratitude for the people that were telling me I should relax today. It was badly needed both physically and emotionally, and I got a good dose of inspiration that will help me start the week off with a fresh perspective.

Take what you like from all of this, but whatever you believe, consider this a call to the better angels within each of us to stand up and change the world, right now. Don’t wait for someone else to do it. Be your own leader, and put your ideas into action now.

I can’t think of anything else more important.

What are you doing to change the world?

Now Is All There Is